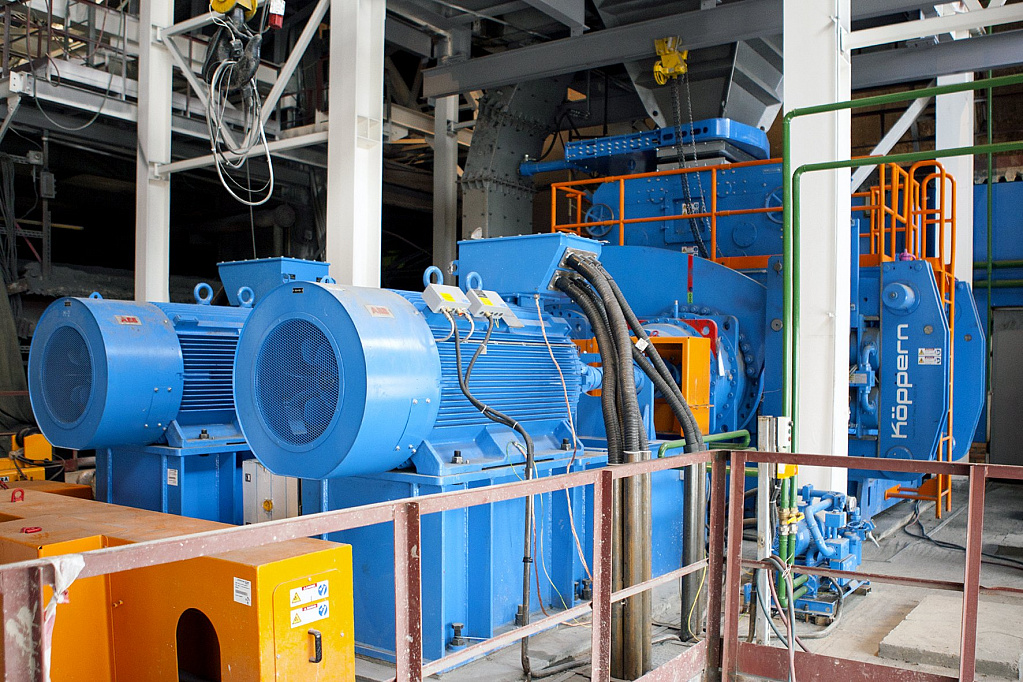 NLMK Group, an international steel producer with operations in Russia, the USA and the EU, has started hot testing two High Pressure Grinding Rollers at Section 4 of Stoilensky's beneficiation plant. The new process will now cover 50% of Stoilensky's grinding capacity.

High Pressure Grinding Roller (HPGR) technology is new to the Russian market. Stoilensky was the first to commission HPGR units. These will enable a 10% increase in the production capacity of each of the upgraded sections.
During Stage I of the beneficiation capacity upgrade which began last year, four HPGR units were installed at the plant. The first two HPGR units were successfully commissioned at Section 1 of the plant in April 2016. Works are ongoing to fine-tune the optimum operating modes for the new equipment throughout the entire process chain.

In addition to conventional cone crushers and ball mills, HPGR units were added to the process flow. One HPGR unit can replace two conventional Russian-made crushers as in addition to the direct crushing process the HPGR units break up the crystal structure of the iron ore at high pressure between the rollers. As a result, the downstream processing areas at Stoilensky receive ore with more manageable properties for further grinding, which delivers a significant increase in productivity and enables a substantial saving on resources such as grinding charge, balls and electricity.

Konstantin Lagutin, Vice President for Investment Projects, said: 'When we were designing the programme for the development of NLMK's mining activities in 2013-2014, we had to find a balanced option which met three criteria: achievement of a target output increase; employment of the most efficient technology for the ore processed by the plant; and a conservative investment profile. HPGR technology, which is new to the Russian market, was just the solution we needed. The implementation of HPGR technology at Stoilensky is well on schedule and is meeting expectations. The launch of the rolls in section four have allowed for an increase in productivity of more than 12%. The new technology has been integrated in sections 1 and 4 of the plant, which account for 50% of crushing capacity. After we have completed fine tuning, we will consider rolling the technology out to cover the entire crushing area, namely, sections 2 and 3.'

Alongside other upgrade initiatives at mining and processing areas and operational efficiency programmes at Stoilensky, this project will ensure an increase in iron ore concentrate production to 17.5 million tonnes in 2017 up from 15 million tonnes today. This will also cover the demand for inexpensive iron ore by Novolipetsk’s blast furnaces and Stoilensky's new pelletizing plant, which will have a capacity of 6 million tonnes of pellets per year.